by The Chicago Reed Quartet 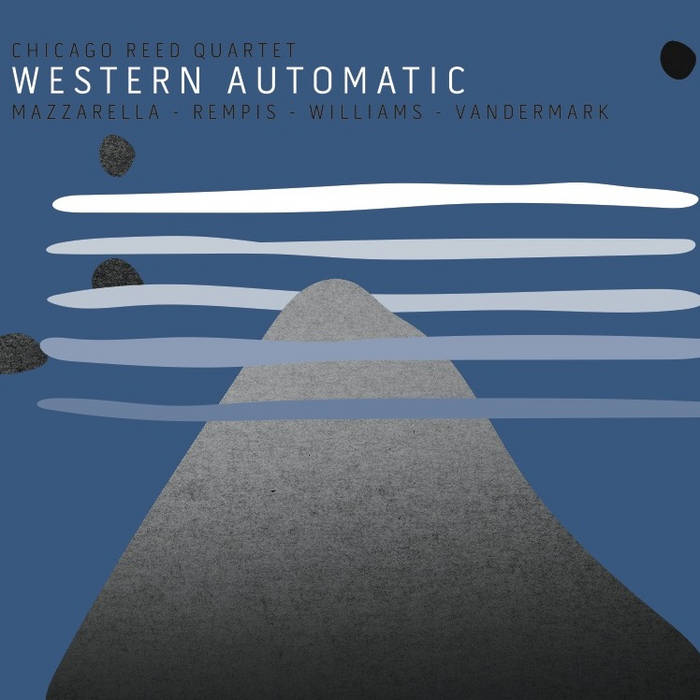 Four generations of Chicago saxophonists join forces in this collaborative quartet, each one separated in age by almost exactly ten years. This wasn’t a calculated decision when Rempis and Vandermark first brainstormed the idea of the group in late 2013. The lineup came together based purely on the musical affinity of the personalities involved. (Oddly enough, Mazzarella and Williams had also been discussing the idea of forming a saxophone quartet at that time). However, the complex web of musical collaborations between these four musicians in countless combinations dating back twenty-five years, as well as their differing perspectives on composition, improvisation, and the instruments themselves, combine to reveal a truly cross-sectional perspective on the Chicago improvised music scene. Although an unintended consequence of the lineup that Rempis and Vandermark initiated, this accidental result may be one of the most intriguing perspectives from which to look at the quartet’s music. These eight pieces, two compositions from each of the band members, were workshopped extensively in 2014, with regular rehearsals and concerts in Chicago throughout the winter and spring. This recording was made mostly in one day, all in single takes, on a laid-back, closed-door, summer afternoon session at Chicago’s Hungry Brain. And within these eight pieces, one can hear an ongoing artistic dialogue that stretches back for decades.

All tracks recorded August 10th, 2014 at the Hungry Brain, Chicago except for Track 6 recorded June 21st, 2014 at the Sugar Maple, Milwaukee during Okka Fest 6.