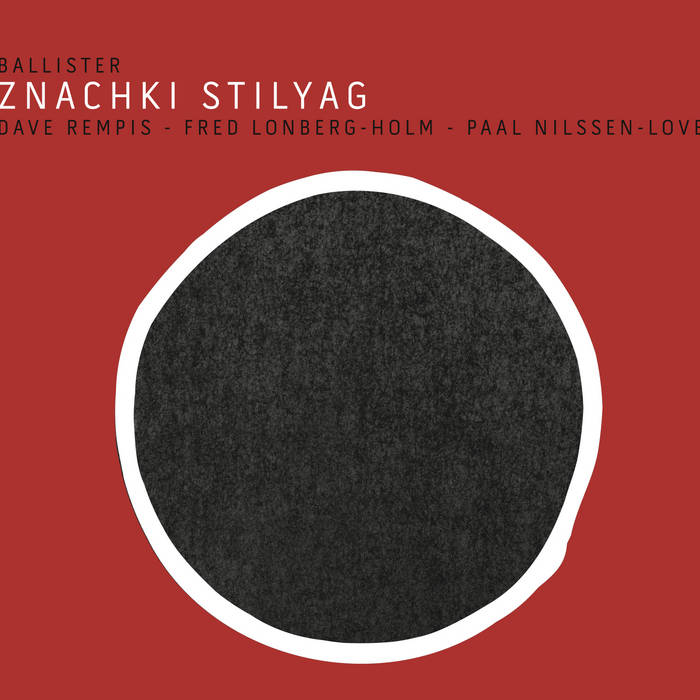 All items purchased directly from aerophonicrecords.com are artist direct and do not incur a significant deduction by bandcamp ever.

Special thanks to Kirill Polonsky, Dom, and Bigus Coshmarus

2020 marks the tenth anniversary of the working trio Ballister, and it’s been a productive ten years.  Eight previous records, and regular concert dates across North America and Europe, have produced a band that maintains a core sound and energy, while taking the time and space to continually expand their individual voices and respective interests.

In October 2019, these three musicians met up in Europe for the first time since a US tour in late 2017.  With the myriad of projects that each one is involved with, having breaks in their output isn’t uncommon, but this was the longest one in the band's history.  And they dug in deep from the first downbeat, exhilarated to be back at it, and to compare notes on those individual discoveries over the previous two years.

Their tour took them across seven countries including Italy, Poland, Russia, Austria, Germany, Switzerland, and Norway, but as is often the case, it was the riotous energy of the famed Moscow audience that pushed them to new heights.  And while the band has long been known for its seemingly endless reserves of fuel, that’s not what comes to the fore here.  Not that it’s absent – the band still cooks - but it’s the laser beam focus of the narrative in these longer form improvisations that truly astounds.  Forty minutes disappear into a puff of smoke, and the listener’s head whirls from a journey whose seemingly obtuse path through territory as broad as the Wyoming sky becomes eminently clear with the final gesture.  Their zigzagging route reveals an underlying logic and structure that’s infallible.   There was no other way to get here.

On this new record - their first in three years – we hear Rempis adding more space, breath, and humor to his firebreathing as he matures into his mid-career status.  Nilssen-Love increasingly incorporates influences from his ongoing work in Ethiopia and Brazil, often trading his remarkable ability to generate rhythmic drive for newfound subtleties.  And check out the sheer breadth of Lonberg-Holm’s musical experience on display here; someone whose discography spans every genre imaginable over the last four decades, and whose jaw-dropping abilities as a musical chameleon gives him a truly singular voice in the improvised music world.

“Znachki Stilyag,” a somewhat nonsense title in Russian, roughly translates with the help of google as “Hipster Icons.”  It was cobbled together from the word “znachki,” a type of small lapel pin, and “stilyag,” a type of western-oriented, zoot suit-wearing rebel from the Soviet era of the 1950’s.  Rempis and Lonberg-Holm picked the words up separately during a sightseeing trip around Moscow before their concert, and pieced them together into this record title since they liked the sound of the two combined.